This past weekend we had the amazing privilege to be a part of one of our host sisters’s wedding. Preparations in the yard have been in the works for months, culminating in a 36-hour, three-dozen people effort to transform the front yard into a wedding reception area complete with dance stage and head table.

Michelle described the scene like something out of “Downton Abbey” where a lot of neighbors, family, and friends came together to put on this event. It was bustling. I described it more like a hurricane that came and went quickly. We were amazed at how fast things came together and then how fast it was taken down.

Speaking of the weather, similar to the NW of the states where we are from, having an outdoor wedding in Jamaica during October is basically playing a game of chance. You never know if it will rain or not. If you looked at the satellite pictures for the day, there wasn’t much in terms of weather. But as many of us know here, just because it’s nice and sunny without a cloud in sight, doesn’t mean there won’t be rain in a few hours. Unfortunately, after all the decorations were set up and we were well in our way with food preparation, the skies turned a little darker and it started to rain off and on for about an hour or so. It was never a torrential downpour which was actually surprising. You would think that such an unfortunate situation would spoil the day, but it didn’t.

Our host sister and her groom didn’t let it bother them. She told everyone that she was ready to get married and started the ceremony as rain was still falling. Michelle and I were blown away. We were moved that the rain, the mud, and all the other craziness that most people- Jamaican or American- would get justifiably worked up about, didn’t affect her attitude negatively. She was just happy to get married and happy to see all the people who came, regardless of the weather. 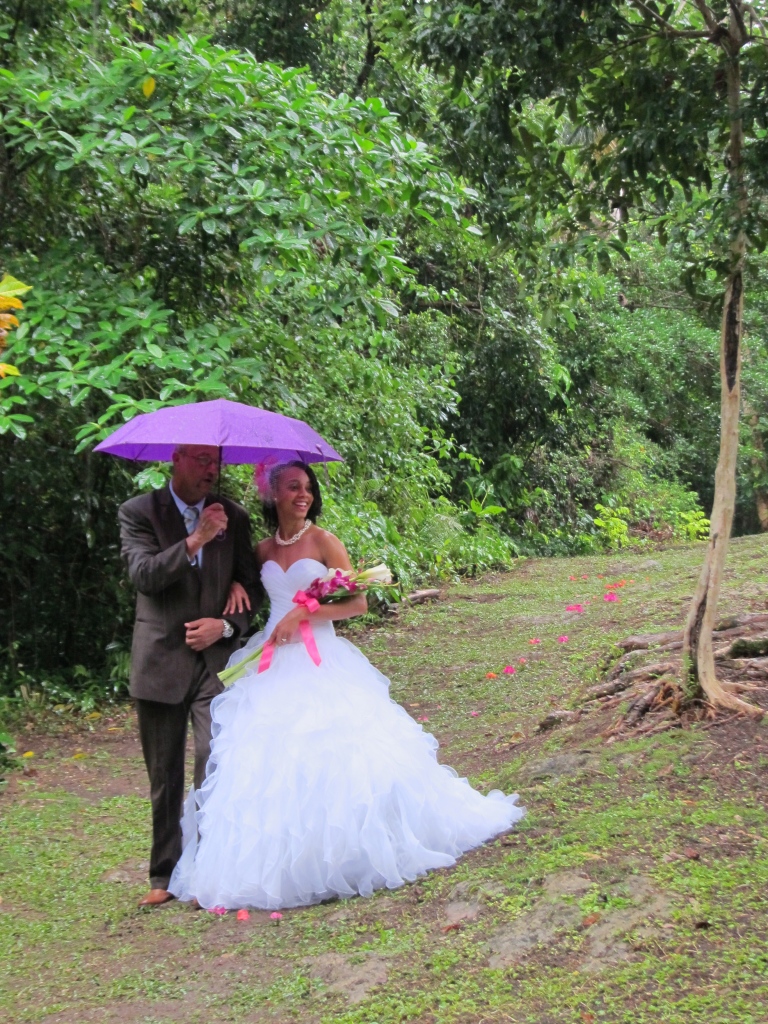 Our host sister and host dad preparing for her entrance

The wedding ceremony started with drizzling and ended in sunshine. The wedding itself was not at all that different from any other wedding I’ve been to. I kept wondering if it was going to be a longer occasion like most religious events here in Jamaica, but it wasn’t. The reception was similar to those in the states as well, with toasts by the maid of honor and best man, ceremonial throwing of the bouquet, first dance and cake eating.  Maybe the only thing that really stood out was a toast specifically for the parents of the bride and groom and then the “tributes” in which they had an open mic for anyone that wanted to toast the newlywed couple. What we thought would be a culturally different experience turned out very familiar and familial which was great. (This may not be the case with other Jamaican families of different backgrounds.)

Of course it wouldn’t be a Jamaican wedding though without something fried or stewed, and our host family’s friends are amazing cooks. I’m always amazed at what they can do with their makeshift outdoor stoves, one unconveniently small prep table, and a hose. From this setup they pumped out curry goat, roti (Indian flat bread), rice and peas (a Jamaican staple), fried fish, jerk pork, and 100lbs!! of fried, stuffed lobster for 200+ guests and servers. Michelle and I helped with some of that (so I could learn) and also honored our host sister’s request to make cinnamon rolls as part of the desert options.

Weddings are a special occasion no matter where you are in the world and I’m sure the presence of rain would be challenging for anyone.

It really said a lot about this couple, that they cared more about what the purpose of the day was all about: their marriage, rather than the wedding itself. It was a good reminder to Michelle and I that love is about relationships, not about fun, not about things, not about how good you look, or how good the food was. It’s about celebrating the union of two people and being able to share this special moment with the people you love and who love you. 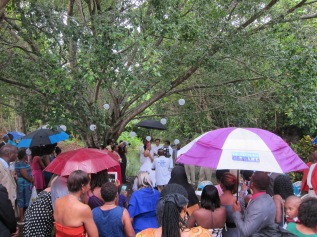 Wedding by the river 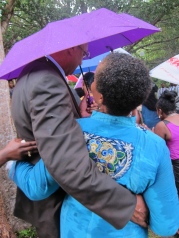 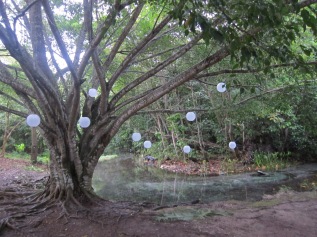 Where the wedding took place 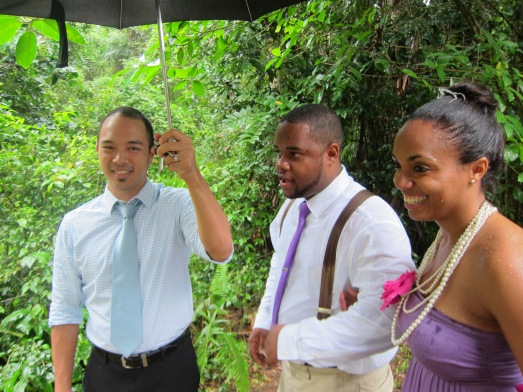 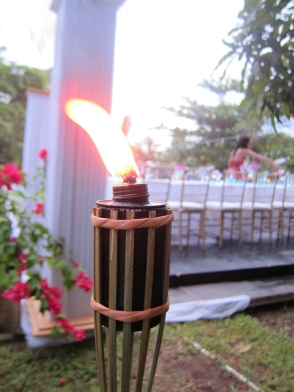 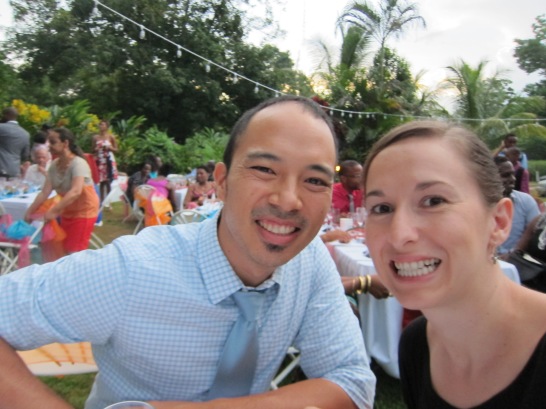 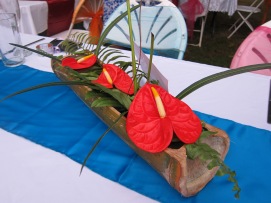 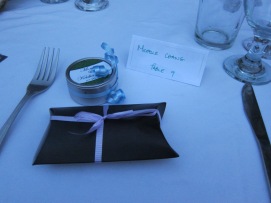 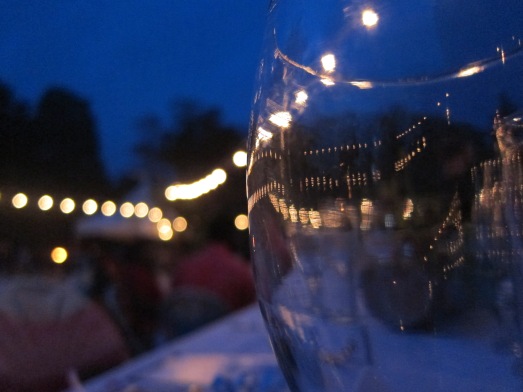 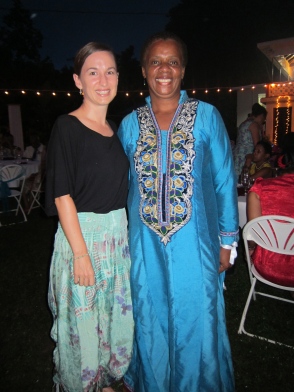 Our host Mom and Michelle 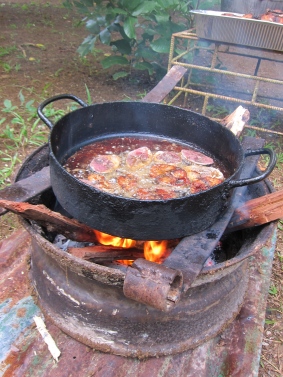 One of the many makeshift stoves with frying fish in it 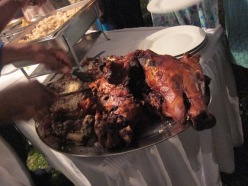 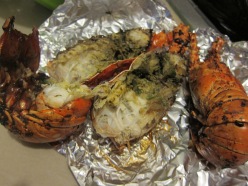