One of the greatest tragedies in my socially conscious lifetime was the earthquake in Haiti this year. What a greater tragedy it would be to forget…

The Bazilme family, whom we shared a week with in Haiti last June (Pastor Delamy Bazilme is the in-country leader of Haiti Foundation of Hope), were recently in the Northwest. Hearing Pastor Delamy speak about the current situation brought both hope and helplessness. We can only thank God that he and his family are still alive, having been in Port-au-Prince the day of the quake. He has been working non-stop since the disaster, hardly sleeping, until their trip the States a couple weeks ago. Just over a year ago, I had heard him speak about the challenges in Haiti before ever setting foot there, but this time it was different. To hear him say the situation is simply “miserable,” I could sense in his voice and behind his jolly and gracious spirit, that he is worn and tired. I pray for his strength, endurance, and encouragement through this uphill battle, Pastor Delamy, the power house and the hope for so many people.

In an effort to stay in tune with the situation in Haiti, Jedd and I attended a talk at the Mercy Corps Action Center by a member of the International Crisis Group, an organizational that analyzes the factors driving conflict and makes recommendations for policy and reconstruction. He repeated something which was shared with us on the Nicaragua Immersion as well, which was that Bill Clinton actually took the blame for exacerbating the degree of devastation in Haiti. 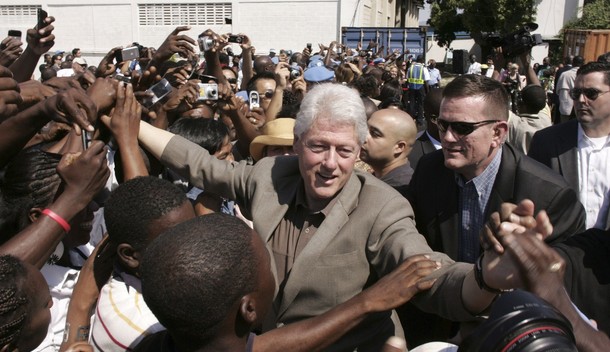 In his presidency, Clinton pressured countries like Haiti to dramatically lower their tariffs on imported U.S. rice, leaving them unable to supply their own staple crop and diminishing their investments in agriculture. Now the U.N. special envoy to Haiti, he says: “It may have been good for some of my farmers in Arkansas, but it has not worked. It was a mistake. … I had to live everyday with the consequences of the loss of capacity to produce a rice crop in Haiti to feed those people because of what I did; nobody else.” We saw similar effects of American trade policies, which hinder self-sustaining agricultural production, in Nicaragua. Unfortunately, Haiti has become a prime example of just how detrimental our self-serving trade policies can get. It’s refreshing to hear Clinton apologize. I only hope he’ll be effective and thoughtful in helping turn this around. A major part of the Crisis Group’s reconstruction advice includes investment in agriculture, as well as expanding credit to small businesses and farmers and decentralizing the country’s economic center into eight regional development centers. According to the Group, the “Emergency” period in Haiti will last about three years (can you imagine a three year emergency?) and the First Phase of reconstruction will take a full decade. Policy decisions needed to move forward with a resettlement plan have yet to be made, and the country is waiting on U.S. Congress to approve desperately needed assistance funding for democratic elections in 2011 (a requirement to satisfy U.N. benchmarks).

In reflecting on the miserable catastrophe in Haiti, the ridiculous oil spill, the never-ending wars, the broken public school systems, and on and on with all that is deeply wrong with humanity, I have been very humbled. I’ve realized that I cannot solve the world’s problems and neither can anyone else. I’ve seen how complex, deeply rooted, and numerous our problems are. All that remains is trust in God. Not that I’ve given up or even become pessimistic really. But I’ve submitted to the reality that we as human beings are in over our heads, and our only hope is our Creator. A Creator, who- fortunately for us- is powerful and loving and has made great promises for justice, restoration, and a kingdom come on Earth as it is in heaven. He has asked us to be His hands and feet and to do small things with great love, trusting in His plan. 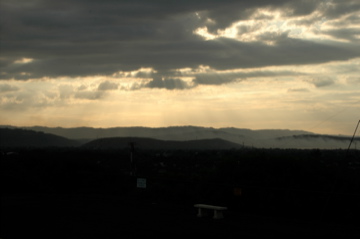