Last week Michelle and I represented the community center where I serve in the Westmoreland Parish Show, a town fair-like event for our area of the country. What was suppose to be one of- if not the- largest events of the year for our area, turned into a disappointment for the organizers because of the lack of attendance. It was a great example of some of the cultural challenges that Jamaicans face in community development, a lack of community involvement,  and organizing issues. I never realized how much I could learn from not a lot happening. END_OF_DOCUMENT_TOKEN_TO_BE_REPLACED 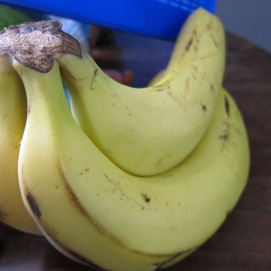 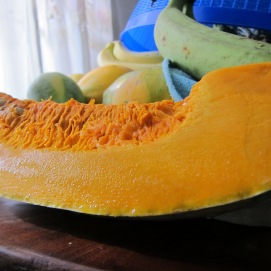 A wedge of pumpkin (a.k.a. squash)

A head of cabbage 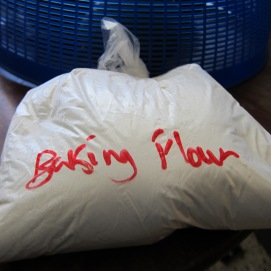 The equivalent of $1 US: 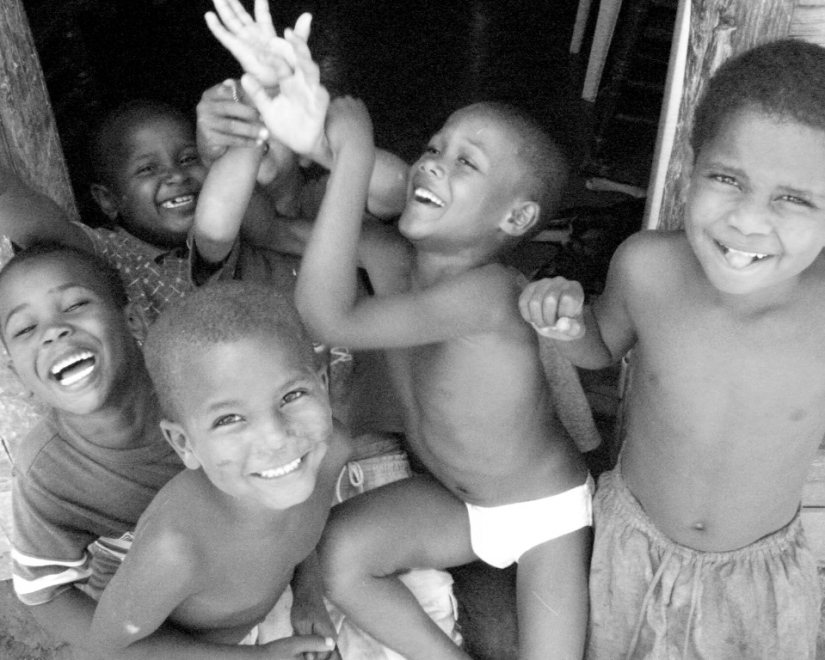 Too often our attitude in service “initiates the very dynamic that we need to avoid, a dynamic that confirms the feelings that we are superior, that they are inferior, and that they need us to fix them” (pg. 126). I would say that our first thought and most common question when we are going into a community to help is: ‘What are the greatest needs?’ While this question makes a lot of sense, in a way it is essentially asking those we are hoping to serve: ‘What is wrong with you?’ What if we turned that question around and asked ‘What is right with you?’ instead? I’ve grown to appreciate this approach, which is demonstrated by community development experts who practice Asset Based Community Developed (ABCD).

Especially for those of us who profess that every human being is made in God’s image and is blessed with their own gifts and talents, ABCD reaffirms the dignity of the materially poor. It “recognizes that poverty is rooted in the brokenness of the foundational relationships and [can be overcome by] restoring both low-income people and ourselves to living in right relationship with God, self, others, and the rest of creation” (pg. 127). Notice how the questions asked by Asset-Based Community Development could make someone feel more confident, respected, and hopeful:

Imagine this scene: It’s two months following the catastrophe, in the aftermath of the January 2010 earthquake in Haiti. A small team of Americans are working eight hour days in the hot sun, clearing rubble from a local school two months after the earthquake. Meanwhile, Haitian neighbors sit idly by.

What does this bring to mind? Why do you think the Haitian people are not chipping in to help? Often when people see this, they assume that the people are lazy, however, there is likely much more going on than meets the eye. What about the Americans? At first glance, it would seem that they are doing a great service for the community, but again- it’s not that simple. The key question here is: are Haitian people being empowered in this situation?

When Helping Hurts: How to Alleviate Poverty Without Hurting the Poor . . . and Yourself

recommends that we “respond when needs of an affected population are unmet by local people or organizations due to their inability or unwillingness to help” (pg. 112). In other words: Never do for others what they can do themselves. Never bring in outside help when it can be done locally. Of course, there are always exceptions to the rule, but generally speaking we tend to err on the wrong side of this important tenet.

After the January 2010 earthquake in Haiti, the state of emergency was clear and disaster response professionals from the outside were absolutely necessary to attend to all the wounded. When the immediate danger passed and it came to clearing debris, however, the Haitians were perfectly capable of helping themselves. When North Americans do work “for” Haitians, it is a form of paternalism, undermining the Haitian’s ability to steward their own time and talents. It perpetuates a feeling of helplessness and inferiority in the community members. With the exception of those people who were still in a state of shock or mourning, the Haitian people were- and are- perfectly capable and willing to move debris. Often when North Americans- or others seen as “superiors”- are involved in a project, it is culturally inappropriate to challenge their authority. So even if local folks know there will be issues with our implementation of solutions, they may not feel comfortable bringing it up. Helping where we’re not needed also promotes dependency on Westerners.

I have witnessed a sharp contrast between volunteer sites in developing countries. In one site, groups of Americans

often came through the community to tour the organization’s work and to volunteer with projects. When asked to share their bottle of water, snacks, toys, etc. by the children of the community, the Americans felt guilty and would sometimes leave their possessions with the child who asked it of them. Little did the Americans realize that when they left the community and other groups came to visit, the children developed a habit of begging because Americans were now seen as the source of free hand-outs. In another volunteer site with a different organization, this phenomenon of begging did not exist. True, in this second site, the community had seen fewer American visitors to begin with, but more importantly, the Americans there did not give hand-outs. If someone in the community had a need, both the community members and the American volunteers knew to approach the local leaders for assistance. Trusted community leaders were empowered to share the organization’s resources with their people in the manner, time, and amount that their own locally-earned wisdom guided them. In the first situation, the Americans were well-intentioned but their gifts did more to provide personal relief from guilt than to ensure long-term change or to empower the local people. In the second situation, Americans still assisted the community with some needed volunteer services as well as funding from abroad, but the local community and its leaders were empowered to manage their resources. If an American volunteer did want to give a donation to a particular child or community member, they approached the local community leader to discuss the situation, offered the donation to the organization through that leader, and then the local leader presented the donation to the person in need. This protocol helped to reinforce empowerment of local leadership and to avoid Americans being seen as the “saviors” or the Santa Clauses.

My last post on this topic focused on the North American tendency to define poverty and the alleviation of poverty in materialistic terms when, in actuality, poverty encompasses much more. From a faith perspective, poverty is not being able to be all that God has intended us to be- glorifying Him through right relationship with God, ourselves, others, and creation. Having enough material things is just a small part of that equation.

Am I saying that giving material donations is bad? It is only appropriate in certain situations, and too often we North Americans over-emphasize materialism in trying to relieve poverty. In some cases, building someone a house, serving someone free food, or gifting money can do more (unintended) harm in the long run. Because poverty alleviation is not just about having enough, doing the “right thing” at the wrong time will negatively affect those core relationships the poor have with themselves, God, others, and creation. Are the poor better connected to their community, better stewards of their resources, or feeling capable and empowered if they have to stand by and watch Americans build them a house? To better understand what to do and when, the book When Helping Hurts: How to Alleviate Poverty Without Hurting the Poor . . . and Yourself

describes three phases of poverty alleviation that take the poor further down the path to “being the productive steward they were created to be. … One of the biggest mistakes that North American churches make- by far- is in applying relief in situations in which rehabilitation or development is the appropriate intervention” (pg. 105).

Relief: Emergency, temporary aid to reduce immediate suffering resulting from a natural or man-made crisis. Often materialistic and often over-diagnosed. Relief “stops the bleeding” for someone who cannot help themselves at the time.
Rehabilitation: Restoration to pre-crisis state and minimizing future vulnerabilities. Immediately after the “bleeding stops,” outside help works with victims in their own recovery.
Development: Process of ongoing change moving people closer to being in right relationship with themselves, others, God, and nature. Restoring individual identity and vocation, household, community institutions, and societal laws. Empowering local people. (pg. 104-5)

Who should be receiving relief and material aid? The book provides several guidelines for when it is appropriate to provide relief:

1) There are serious, negative consequences if you fail to provide immediate help. There is no time for the person or community to take action on their own behalf.

2) The person or community is in crisis through no fault of their own. (Our role is not to punish someone for their mistakes but to allow people to learn from them when necessary.)

3) The person or community has no way to help themselves (otherwise, their capacity to steward their own resources and abilities will be undermined by your help). (pg. 106)

People who require relief efforts are: “the severely disabled; some of the elderly; very young, orphaned children; the mentally ill homeless population; and victims of a natural disaster.” For everyone else for whom the “bleeding has stopped, and they are not destitute… rehabilitation or development- not relief- is the appropriate way of helping such people” (pg. 109).

Announcement!!! 📢 Come travel with us and learn why we love the city of Hoi An, and the country of Vietnam. We just opened spots up for 2021 (January and March). This is a small group tour for people who don't like tours. 😀 Learn more with the link in the profile.